DO YOU HAVE TRAFFIC TICKETS IN INDIANA?

You are driving through Indiana’s backroads with your cruise control set to the last visible speed limit marker. Suddenly, blue and red lights flash in your side and rear-view mirrors.

A police officer pulls you over and accuses you of driving over the speed limit in a construction zone. Unfortunately, your ignorance of the county’s speed limit will not save you from serving possible court time, paying hefty fines, and accruing points on your license.

Your speeding ticket will include your court date and location, as well as a deadline by which you need to decide whether to contest the infraction or concede and pay the fines.

Some accused drivers accept guilty verdicts without contestation. Without a criminal speeding ticket lawyer to guide them, these drivers are not aware that choosing the path of least resistance can have adverse long-term effects.

Traffic violations can remain on their criminal records for an extended amount of time, raise their car insurance rates, present difficulties when they renew their license, and negatively affect their employment status if they drive for their jobs.

Suppose a police officer charges you with criminal traffic offenses. In that case, you could be facing more than paying fines, taking a mandatory defensive driving course, or accepting the suspension of your driver’s license. You could be facing jail time.

Because of the potential severity of the punishment, it would be best to contact a criminal speeding ticket lawyer immediately if you have a criminal traffic violation.

With over 14 years of criminal law experience, Worthley Law in Indiana provides dedicated legal counsel for individuals facing criminal charges. If you or a loved one needs legal representation, contact Worthley Law by calling (219) 575-8565 today.

Get in Touch
WHAT ARE CRIMINAL TRAFFIC OFFENSES?

Criminal traffic offenses in Indiana include:

DRIVING WITH A SUSPENDED LICENSE

Suppose you are dealing with a license suspension because you were convicted with a felony offense, such as a DUI, OVWI, or criminal misdemeanor.

In that case, you could be penalized with one year of jail time. You could also accrue a fine of $10,000 and accumulate points on your driver’s license along with your incarceration sentence.

If you are convicted of causing injury to someone while driving with a suspended license, that is a Level 6 felony, potentially resulting in up to two and a half years in prison.

Suppose you are convicted of vehicular manslaughter while driving with a suspended license. That is a Level 5 felony in Indiana, and you could be facing up to six years in prison.

When most people think of reckless driving, they tend to imagine cars flying down the highway at over 100 miles per hour.

However, did you know that you can also be pulled over for blocking traffic by driving under the speed limit?

Additional examples of reckless driving include weaving in and out of traffic lanes, refusing to let a passing driver through, having obstructed vision and passing a vehicle from behind, and declining to stop for a school bus when it has the signal arm extended.

Reckless driving can end in the convicted felon serving 180 days in prison.

Suppose you accidentally injure someone while passing a stopped school bus. In that case, you can be charged with a Class A misdemeanor, and your prison sentence can increase to one year behind bars.

You would also be responsible for expensive fines, accrue additional points on your license, and potentially have to navigate life with a suspended driver’s license upon your release from prison.

Have you ever heard of the term “road rage?” Constantly hitting the breaks behind inexperienced drivers who crawl just under the speed limit can be infuriating. The temptation to zip around them and hurry home can be a siren’s call.

However, suppose you lose control and exhibit aggressive driving tendencies in a work zone. In that case, you could be pulled over and charged with a Class A misdemeanor, possibly resulting in one year of prison time and other penalties, such as higher premiums for your insurance.

Aggressive driving examples include tailing another car, driving off the side of the road to pass another vehicle, break-checking the car behind you, laying on your car horn, flying through stoplights, failing to yield, and repetitive flashing of your headlights.

If you accidentally hit another car, even if it is just a fender tap, or if you injure a pedestrian, you need to stay at the scene of the incident and contact law enforcement immediately.

You must also provide your name, home address, and vehicle registration number to the people involved in the crash. Indiana law requires that you offer medical assistance while evaluating the scene if you are able.

Once the police and medical responders arrive, you must provide them with your contact and insurance information.

If you do not stop to help report the accident, your punishment could include a jail sentence of 180 days. If the accident injured someone, your potential jail time increases to one year behind bars. If you injured someone and your criminal record indicates previous convictions with similar traffic offenses within the past five years, your jail time could extend up to two and a half years.

In the unfortunate event that a person dies due to the accident, you could spend up to six years in prison.

If you were driving under the influence and caused another person serious injury or if you were convicted of intentionally refusing to stop and report an incident that caused another severe bodily harm, that would be considered a Level 3 felony and would be punishable by up to 16 years in prison.

Whether you are facing a speeding ticket or a more serious offense, an experienced and caring criminal speeding ticket lawyer from Worthley Law can work on your behalf and guide you through the legal process.

WHAT CAN A CRIMINAL SPEEDING TICKET LAWYER DO WITH MY CASE?

If you know that you are not in the wrong and feel compelled to represent yourself in court on the idealistic premise that the truth will prevail, you are gambling with more than a few extra points on your driver’s license. You are gambling with your future.

Fighting charges made against you can quickly become a herculean task as you navigate complicated legal jargon and jump through hoops in the court system.

A criminal defense lawyer with a long track record of successfully defending cases is likely a safer bet than attacking your case solo. 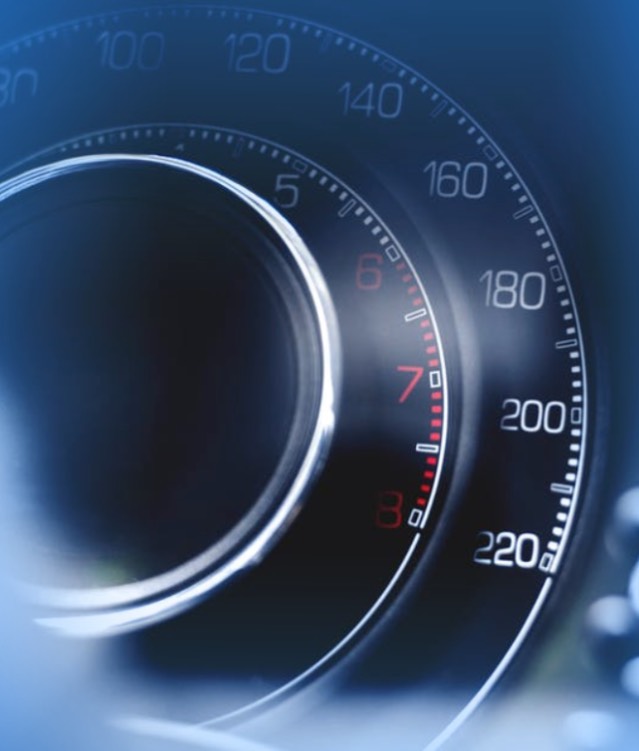 You’ll likely experience less anxiety dealing with a police officer’s claim in court with a criminal defense lawyer at your side.

An attorney from Worthley Law can challenge the police officer who pulled you over. Your criminal speeding ticket lawyer can contest the speeding ticket by examining how the officer measured your speed.

By revealing the facts, your criminal speeding ticket lawyer can determine the validity of the officer’s claim. At Worthley Law, we strive to get unjust tickets dismissed for all of our clients.

If affording a criminal speeding ticket lawyer is a concern for you, consider how much money you could save in administrative penalties and legal fees by working with a professional focused on handling your case.

Worthley Law proudly offers free, no-obligation consultations for potential clients so that you can explore your options without making a financial commitment. Together, we can draft a plan for your particular case.

During your free consultation, we will go over the circumstances that led to your infraction, thoroughly explain Indiana law, weigh the benefits and the drawbacks of pleading guilty or innocent, and examine your options moving forward. 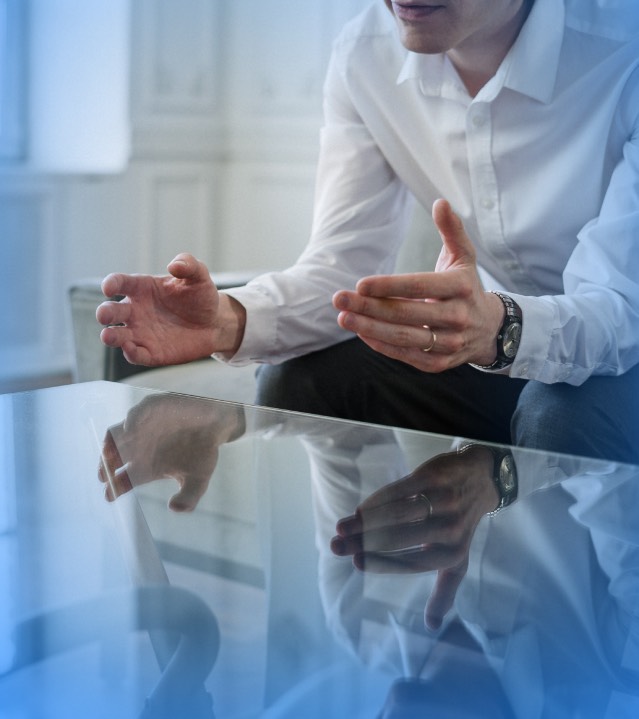 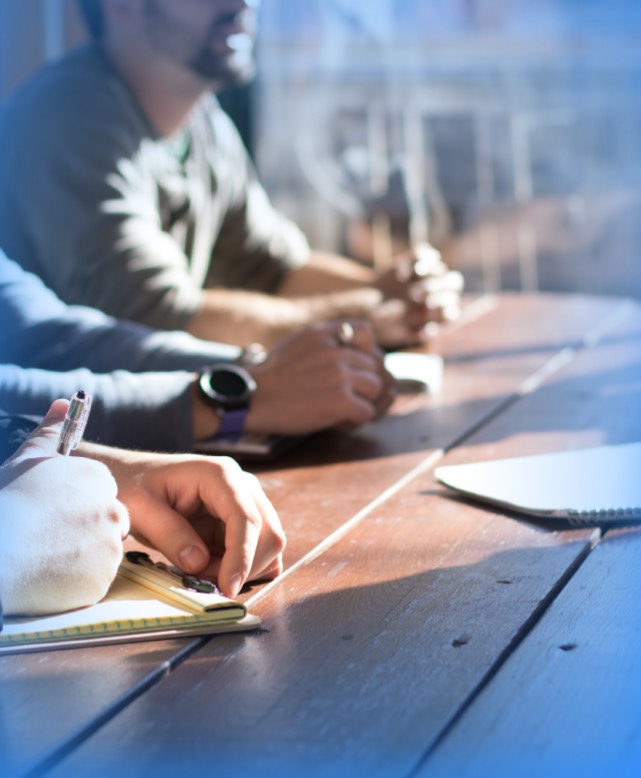 Suppose you are an out-of-state driver that rolls through a speed trap. Getting ticketed is always a stressful experience. However, getting ticketed in an unfamiliar state with different regulations from those you are familiar with produces an elevated kind of stress.

Even if you are in the wrong, our legal team is willing to take your case because we understand that people make mistakes, and one mistake should not ruin your entire future. Contact Worthley Law today to discuss your options. 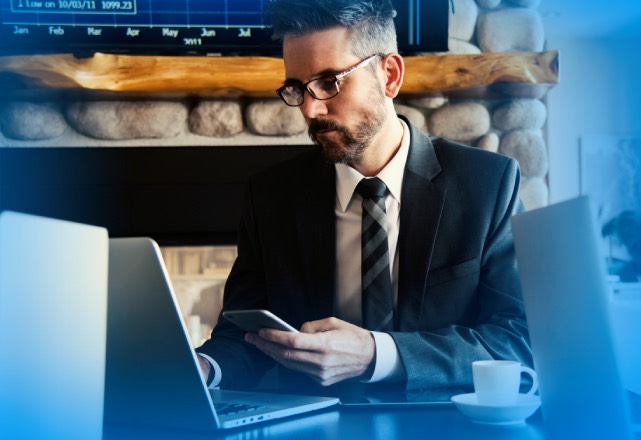 Whether you are a commercial driver navigating heavily imposed traffic rules pertaining to your profession or you are a passenger driver facing your first alleged offense, a highly experienced criminal speeding ticket lawyer can work to mitigate the consequences of your situation.

GET BACK BEHIND THE WHEEL

Depending on where you live and your vocation, driving may not be a luxury; it may be a necessity. At Worthley Law, we will aggressively defend you against traffic violations or, if your conviction is unavoidable, develop a plan to accept fair civil and criminal consequences that are suitable for your specific case.

Even if you are registered as a habitual traffic violator or already have a lifetime suspension of your driver’s license, Worthley Law can help you look into obtaining a specialized driving permit that can legally get you back on the road.

Obtaining specialized driving privileges can be negotiable if you prove that you need to drive for work, school, religious practices, or medical purposes. To qualify for a specialized driving permit, you must have valid car insurance, agree to submit a chemical test, and remain in place for 180 days.

Ultimately, rewarding specialized driving privileges is up to the judge’s discretion, so it is crucial to work with an attorney who has a good rapport with the local courts.

Mark Worthley of Worthley Law is a former Indiana deputy prosecutor and public defender turned criminal defense attorney. He knows Indiana’s court system inside and out. You can put your trust in Worthley Law to come to your defense with experienced legal aid and counsel.

The future outcome of your case is important to Worthley Law, and we will work tirelessly to provide you with quality representation. Worthley Law offers consultations during regular business hours, evenings, and weekends for your convenience.